In this post we’re going to talk about a crucial element of the In-Memory database engine: the row version life cycle.

In a world without row versions – as was the case until SQL 2005 – due to the pessimistic nature of the SQL engine, readers and writers that tried to access the same row at the same time would block each other. This affected the scalability of workloads that had a large number of concurrent users, and/or with data that changed often.

Creating row versions switches the concurrency model from pessimistic to optimistic, which resolves contention issues for readers and writers. This is achieved by using a process called Multi-Version-Concurrency-Control, which allows queries to see data as of a specific point in time – the view of the data is consistent, and this level of consistency is achieved by creating and referencing row versions.

Harddrive-based tables only have row versions created when specific database options are set, and row versions are always stored in TempDB. However, for memory-optimized tables, rows versions are stored in memory, and created based on the following conditions, and are not related database settings:

1. INSERT: a row version is created and consumes memory

2. UPDATE: a row version is created, and consumes memory (logically a DELETE followed by an INSERT)

3. DELETE: a row version is NOT created, and therefore no additional memory is consumed (the row is only logically deleted in the Delta file)

Why must we be aware of row versions for memory-optimized tables? Because row versions affect the total amount of memory that’s used by the In-Memory engine, and so you need to allow for that as part of capacity planning.

Let’s have a quick look at how row versioning works. On the following slide you can see that there are two processes that reference the same row – the row that has the pk value of 1.

Before any data is changed, the value of col is 99. 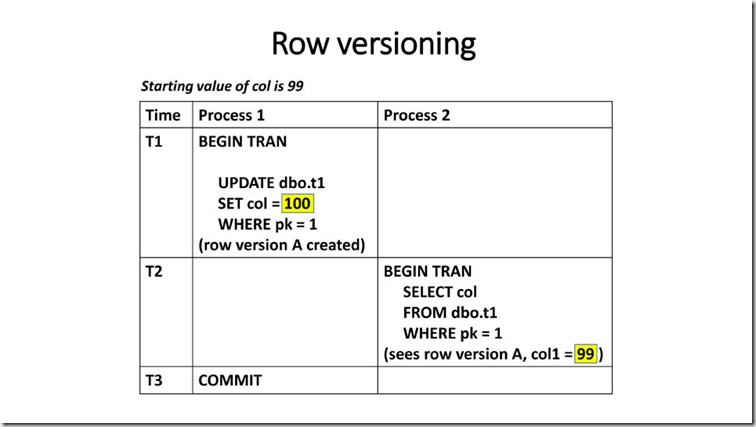 Process 1 updates the value of col to 100, and row version A is created. Because this version is a copy of the row as it existed before the update, row version A has a col value of 99.

Then Process 2 issues a SELECT. It can only see committed data, and since Process 1 has not yet committed, Process 2 sees row version A, which has a col value of 99, not the value of 100 from the UPDATE.

Next, Process 1 commits. At this point, the value of co1 in the database is 100, but it’s important to remember that row version A is still in use by the SELECT from Process 2, and that means that row version A cannot be discarded. Imagine this happening on a much larger scale, and think about the amount of memory all those row versions will consume. At the extreme end of this scenario, the In-Memory engine can actually run out of memory, and SQL Server itself can become unstable.

The following slide shows various stages of memory allocation for an instance of SQL Server, and assumes that both disk-based and memory-optimized tables exist in the database. To avoid the performance penalty of doing physical IOs, data for harddrive-based tables should be cached in the buffer pool. But an ever-increasing footprint for the In-Memory engine puts pressure on the buffer pool, causing it to shrink. As a result, performance for harddrive-based tables can suffer from the ever-growing footprint of the In-Memory engine. In fact, the entire SQL Server instance can be impacted. 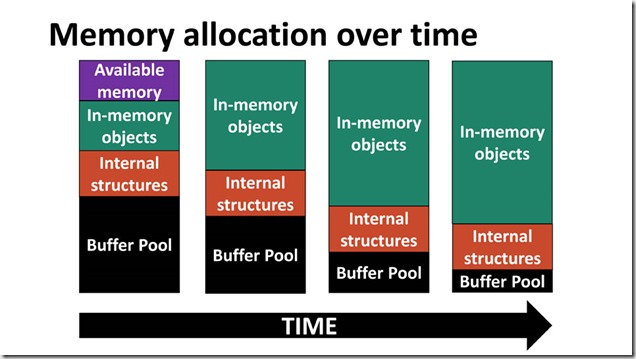 We need to understand how Garbage Collection works, so that we can determine what might cause it to fail – or perform below expected levels.

There are two types of objects that can hold rows in memory:

By default, the main garbage collection thread wakes up once every minute, but this frequency changes with the number of completed transactions.

1. Unlinking rows from all relevant indexes 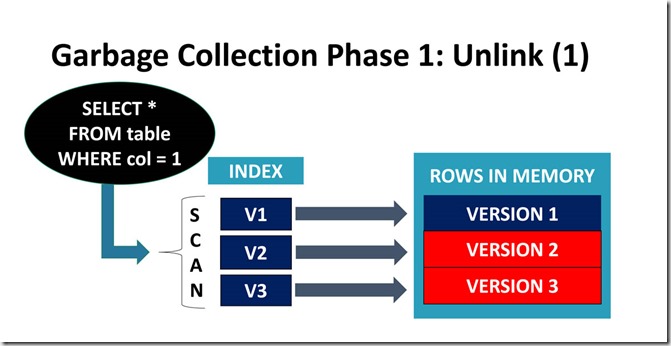 After: Index no longer references stale row versions. As part of user activity, indexes are scanned for rows that qualify for garbage collection. So stale row versions are easily identified if they reside in an active index range. But if an index range has low activity, a separate process is required to identity stale row versions. That process is called a “dusty corner” sweep – and it has to do much more work than the user activity processes to identify stale rows. This can affect the performance of Garbage Collection, and allow the footprint for the In-Memory engine to grow. 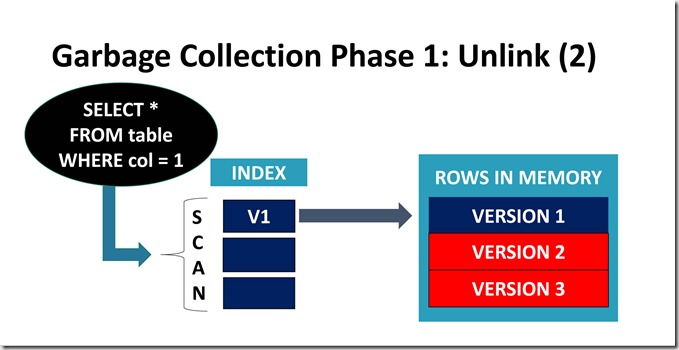 Each CPU scheduler has a garbage collection queue, and the main garbage collection thread places items on those queues. There is one scheduler for each queue, and after a user transaction commits, it selects all queued items on the scheduler it ran on, and deallocates memory for those items. If there are no items in the queue on its scheduler, the user transaction will search on any queue in the current NUMA node that’s not empty. 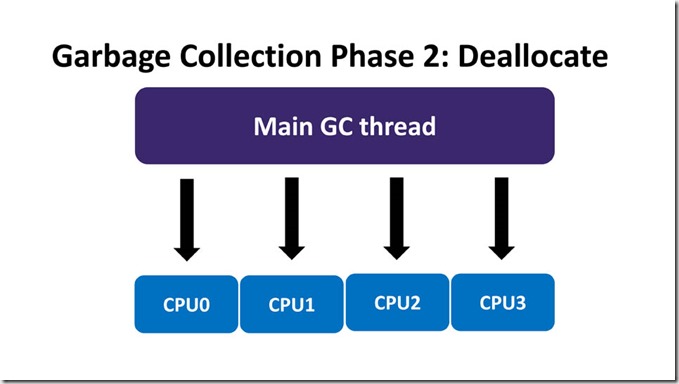 If transaction activity is low and there’s memory pressure, the main garbage-collection thread can deallocate rows from any queue.

We can use the sys.dm_db_xtp_table_memory_stats DMV to see how much memory is in use by a memory-optimized table.  Row versions exist as rows in the table, which is why when we SELECT from the sys.dm_db_xtp_table_memory_stats  DMV, the memory_used_by_table_kb column represents the total amount of memory in use by the table, which includes the amount consumed by row versions. There’s no way to see the amount of memory consumed by row versions at the table or database level.

To verify the current state of garbage collection, we can look at the output from the sys.dm_xtp_gc_queue_stats DMV. The output contains one row for each logical CPU on the server.

Also remember that if we were modifying rows in a memory-optimized table variable, Garbage Collection could not have cleaned up any row versions.

So – if you expect Garbage Collection to be active, and it’s not, the first thing you should check is if there are any long running transactions.